Théophile Alexandre Steinlen began his career as an illustrator for several Parisian journals, including Le Chat Noir and Gil-Bas. Because he was an excellent draftsman, he was naturally attracted to etching and lithography, two media in which he could exercise this ability. With some assistance from Eugene Delâtre, he taught himself these techniques, and was soon executing posters and prints. His subject matter included nude studies, pictures of cats, and scenes which reflected his social consciousness. Steinlen’s work is sought after for its sensitivity and originality, and some of his posters are distinguished by a freshness and vigor which make him one of the most powerful poster artists of his time. Steinlen was fascinated with cats and he portrayed them again and again. With L’Ete, Chat sur une Balustrade (Crauzat 292), Steinlen captured the essence of the cat in all its nuances. 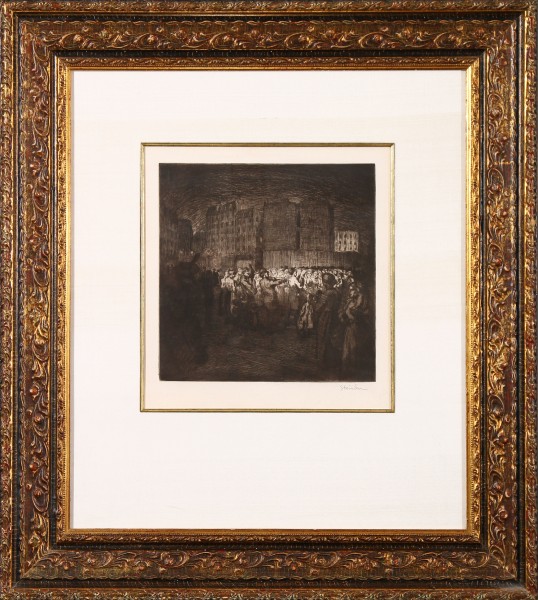