Joseph Pennell was an American illustrator, printmaker and writer. Born into a Quaker family, he showed an early aptitude for drawing. Against his father’s wishes, he attended evening classes at the Pennsylvania School of Industrial Art and later entered the Pennsylvania Academy of the Fine Arts, Philadelphia. Always outspoken and independent, he clashed with teachers in both places and never graduated.

Pennell spent much of his time in Europe, particularly in London, where he was greatly influenced by Whistler. In 1880, he opened his own studio and undertook commissions for commercial illustration.

His subjects are chiefly landscapes and architectural views. Pennell’s art is distinguished for its simplicity, technical perfection, and illustrative quality. He is represented by etchings, drawings, and lithographs in the Library of Congress, Washington, D.C.; the Pennsylvania Academy of the Fine Arts; the Carnegie Institute, Pittsburg, Pennsylvania; and the Brooklyn Museum, New York. 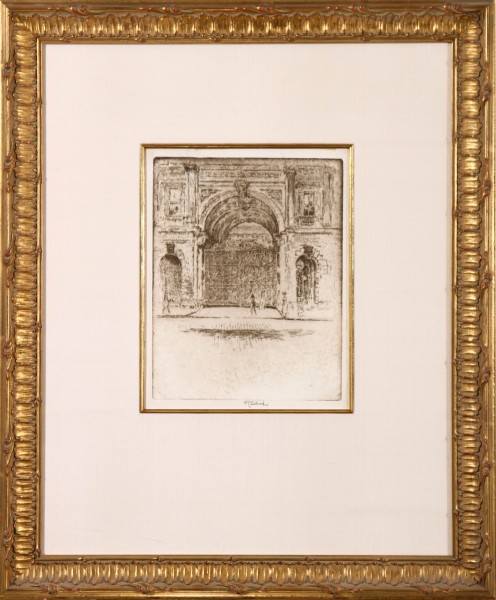 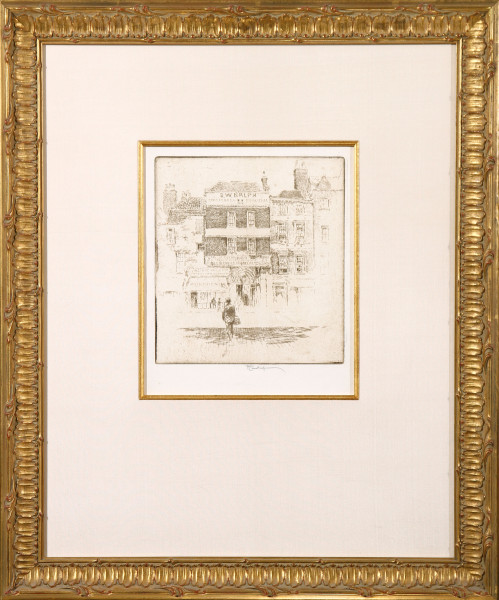