Throughout his decades-long career as a painter, sculptor, draftsman, and printmaker, Henri Matisse continuously searched, in his own words, “for the same things, which I have perhaps realized by different means.” Celebrated as both an orchestrator of tonal harmonies and a draftsman capable of distilling a form to its essentials, he long sought a way to unite color and line in his work. The relationship between these two formal elements can be traced from early works like Dance (I)—in which the side of a dancer’s body, set against fields of rich blue and green, is described in a single, arcing contour—to his late cut-outs like The Swimming Pool, in which the artist discovered a way at the end of his life to “cut directly into vivid color.”
Matisse was born in 1869 to generations of weavers in Le Cateau-Cambrésis, a northern French town whose woolen mills constituted the main industry. He was raised in nearby Bohain, famous for its luxury fabrics. This early exposure to textiles would shape his visual language: examples from his own collection of carpets and cloths from Europe, Africa, and the Middle East would deeply inform his sense of color and pattern and appear in his compositions.
Taking up painting after first studying law, Matisse studied with the Symbolist Gustave Moreau and participated in Paris’s official Salons. His breakthrough as an artist came during the summers of 1904 and 1905, when the bright sunlight of the South of France inspired him—along with artists like André Derain and Maurice de Vlaminck—to create optically dynamic works of bright, clashing colors that led to these artists being derided with the epithet fauves (wild beasts). Known as Fauvism, the work from this period set him on a career-long path that he described as “construction by colored surfaces.” This approach remained central through the various stages of Matisse’s body of work—from his rigorous, abstracted paintings of the 1910s to the decorative, sunlit interiors of his so-called “Nice period” of the 1920s to the radically innovative cut-outs of his last decade.
Though much of his work—whether an ink drawing with a flowing arabesque line or a painting with flat expanses of unmodulated color—looks as if it might have been executed with effortless ease, Matisse cautioned that this effect was only an “apparent simplicity.” In reality, he labored exactingly to achieve the “art of balance, of purity and serenity” of which he dreamed. 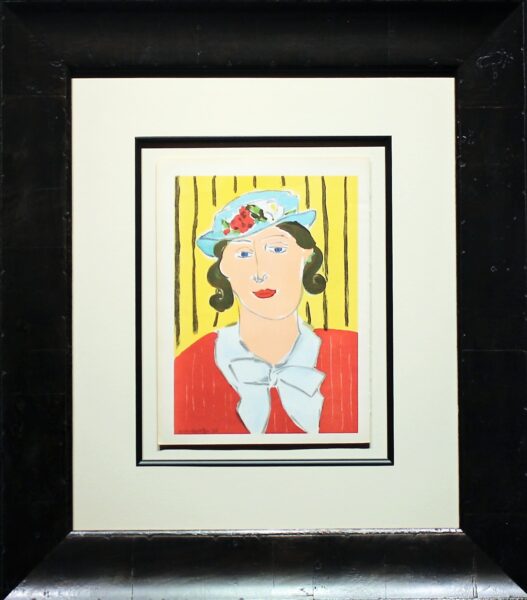 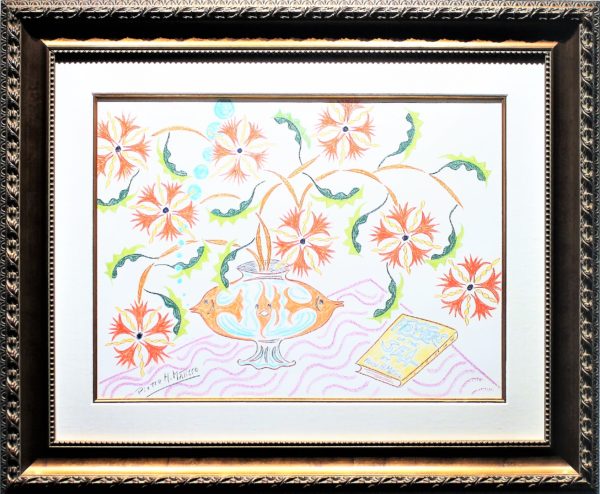 Flowers of the Sea (SOLD) 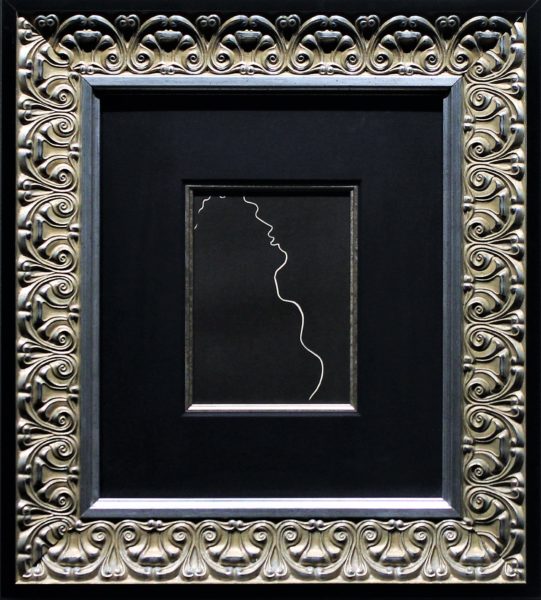