C. Pierre LaTour is the nom de plume of an artist who studied in France and later moved to the United States.

Latour was born on May 16th, 1935. His training as a child was very fundamental to his development as an artist. His father, a very traditional artist who painted in an academic style, taught him to paint.

As LaTour grew as an artist, he developed his own unique style. LaTour imagined places in his mind where he would like to be and painted these places, often including a flower market in the subject. This became a hallmark of Latour’s paintings. LaTour’s unique subject matter has become easily recognizable to the art world.

LaTour’s paintings are best known for the beautiful colors in the palette which his used. Whether it be a flower market, a city scene, or a barge on the river, all of his paintings are based on the same location – from his imagination. He had the ability to bring serenity to the viewer by means of the color combinations used in his paintings, which are quickly rising in the world of very talented artists, and are in demand across the United States. People can look at his paintings and easily say “this is a painting by C. Pierre LaTour.” 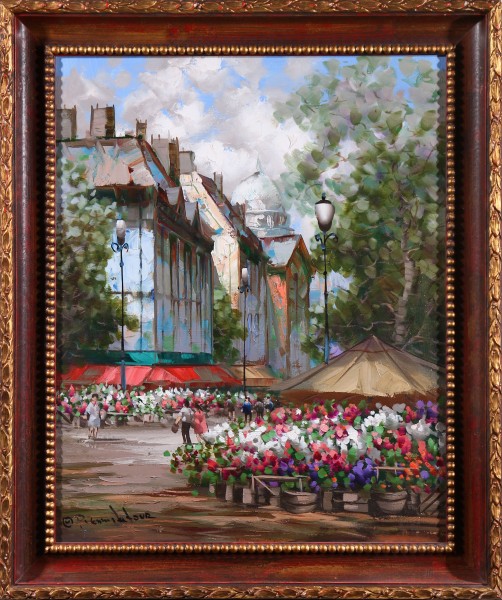 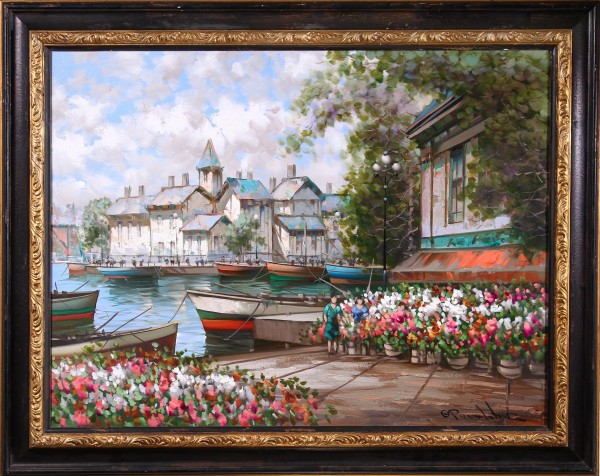