1968 – Sponsored by a Jewish temple in the Bronx, creates Holocaust paintings which were later donated to the Jewish Holocaust Museum in Brooklyn.

1978-81 – Enrolls in the School of Visual Arts. Meets Andy Warhol and becomes his assistant at the Factory. Designs theme parties at Studio 54, The Mud Club, Underground and Magique. Sells his art to Calvin Klein and Steve Rubell. Meets Keith Haring at School of Visual Arts (SVA) show. Participates in group show at Club 57 with Haring.

1983-1985 – Arrested with AIDS demonstrators for chain-locking New York City’s mayor in his office. Exhibits Sex, Rock & Roll at Off Centre Gallery in London.

1989-1990 – Opens Art Studio. Hires New York City homeless. Paints portraits of three Homeless people for Transportation Display, Inc. Portraits are shown in 46 cities on bus billboards, helping raise $4.72 million to benefit the homeless. Completes unfinished portraits for Andy Warhol clients. Trojan Condoms/Carter Wallace sponsors 5000 AIDS awareness buttons to be given away in Greenwich Village and at an art auction for amfAR. Paints first Racial Harmony Mural in Harlem to bring awareness to inner city problems. Show at White Gallery, where all art was covered in black cloth in memory of those who died of AIDS. This show developed the concept for the “Day Without Art” tribute. Show at Loft Gallery in Tokyo, Japan.

Hires more than 200 kids from prison to work in the studio.

1996 – Contacts the Sinatra Family about painting Mr. Sinatra’s portrait. Campbell’s asks Steve to paint a limited edition to mark Campbell’s Soup’s 100th Year Anniversary. Paints Ali’s face on 500 boxing gloves, proving that art doesn’t have to be on canvas. By now, 325 kids have worked for the Art Studio and 85% have gone on to a better way of life. Paints two Harley-Davidson motorcycles, one a Campbell’s Soup theme and the other a Cohiba Cigar theme. Later, the gas tank was hand-signed by Cuban leader Fidel Castro. Creates Ali portrait for the 1996 Olympics. Ali signs the edition for the first time with both his Muslim name Muhammad Ali and his birth name, Cassius Clay.

1997-98 – Tina Sinatra features Kaufman’s portraits of Frank Sinatra on Larry King’s CNN show. Holds art shows in Japan and Amsterdam. Has boxing exhibition versus Don Diego, a European boxing champion. After some minor controversy, Kaufman is awarded a win. Paints a Harley-Davidson motorcycle for the Los Angeles Dodgers baseball team. The bike is driven around Dodger Stadium before each game and televised to millions of homes. By now, has hired 546 ex-gang kids and homeless. Supports more than 175 charities.

1999-2000 – Has a cardiac episode and a motorcycle accident. Quoted afterwards:

“I’m truly blessed to be doing what I’ve always wanted…to CREATE. I have found a freedom that is hard to put into words. I always wondered about my projects – which artists are working on what and which directions should I take? I don’t even think of those things now. I passionately go into my studio and ask myself: ‘What would I like to create today?’”

2001 – Continues to support more than 170 charities each year. Has hired 759 ex-gang kids to date to work in the studio. Creates two new styles called “Portrait Collage” and “Museum Art”, thus becoming his 14th and 15th distinct style, to compare only to Picasso’s many different styles. “Portrait Collage” style is emphasized in his Rat Pack, Hollywood Marilyn, Van Gogh, and Jackie Kennedy by adding a collage of images to the main portrait. “Museum Art” includes the September 11th Memorial Painting which was a tribute to the heroes of the World Trade Center attacks. Created a 20 foot by 500 foot series of paintings to commemorate the 35 Year History of Caesar’s Palace. Both hung at Caesar’s for all to enjoy. Created a 10 foot Fender guitar for the Rock N’ Roll Hall of Fame in Ohio.

2002 – Donated Princess Diana portrait to Elton John AIDS Foundation. Starts new program placing paintings of his icon images in public places around the country for all to enjoy his art. Includes a Muhammad Ali in Brooklyn’s famous Gleason’s Boxing Gym, a Sinatra portrait to Hofstra University, a Marilyn to the Foundation Fighting Blindness and gifted a painting to David Letterman to inspire heart recovery. Exhibitions in New York, Las Vegas and Maui.

Steve Kaufman during an interview following a 2003 press conference at Centaur Art Galleries in Las Vegas.

2003 – Suffers a major stroke following Art Expo, New York. Barely recovers to do exhibition at Centaur Art Galleries in Las Vegas with guest host Robin Leach and honored by Mayor Oscar Goodman, officially declaring May 21, 2003, Steve Kaufman Day in Las Vegas. Also honored by Nevada Senator Ensign and Nevada Governor Guinn for his philanthropic donations over the years. In December, meets President Clinton at his office in Harlem for a holiday party for artists whose art hangs in his private office collection. Donated art to and participated in “Love Ride” with Jay Leno and Peter Fonda for the tenth consecutive year.

2004 – Creates and releases President Clinton’s portrait. Donates many suites and all proceeds from his sales to “Give Kids A Break”. Feeling ill again, curtails his painting and exhibition schedule.

2005 – Introduced “Uniques” which are multiple originals of his most famous icons: Marilyn, The Rat Pack, Frank Sinatra, The Beatles, Einstein, etc. Exhibitions in New York, Las Vegas, Philadelphia, and Maui. Donates 100% of his proceeds from a $100,000 gallery sale to “Give Kids A Break”. Pope John Paul II accepts painting of the Pope to hang in his private office at The Vatican. Paints portraits of Lance Armstrong that are displayed in galleries during Tour de France. Created painting and limited edition to raise money for victims of Hurricane Katrina. Created paintings of Mercedes SLR McLauren to honor the 100th year anniversary of Mercedes-Benz.

2006 – Feeling healthier, drastically increases his exhibition schedule with New York, Las Vegas, Washington, D.C., Vail, Beaver Creek, Aspen, Denver, Santa Fe, Rancho Mirage, Newport Beach, Laguna Beach, Key West, and Maui. Introduces “Mini-Heart Paintings” as gifts to all kids who attend his shows and free framed plates for all those who purchase. Returns to creating one of a kind originals to be sold exclusively at shows. Goes to Ellis Island as guest of Lee Iacocca for New York Society Event. Meets Ernie Anastos, creates his portrait and presents them on the set of Fox News, New York.

2007 – Continues exhibition schedule with New York, Washington, D.C., Vail, Beaver Creek, Aspen, Denver, Rancho Mirage, Maui, Toronto, and Europe. Gives Free Peace Sign paintings to all the kids who attend his shows and free sculptures to those who purchase. Creates portraits for David Caruso of CSI-Miami fame which he autographs at the studio. Interviewed on TV in Denver, Aspen, and Vail to not only discuss his art but more importantly, his philanthropy. Continues to sell out uniques of his most famous icons including: The Rat Pack, Frank Sinatra, Las Vegas, Marilyn, The Beatles, James Dean, Einstein, John Lennon, $100 Bills to name a few.

Continues to hire more and more gang kids for the studio. This opportunity represents a second chance in life for each of the kids which now exceeds 1950 in number Golden Boy Promotions commissions paintings to commemorate the De La Hoya / Mayweather championship fight. 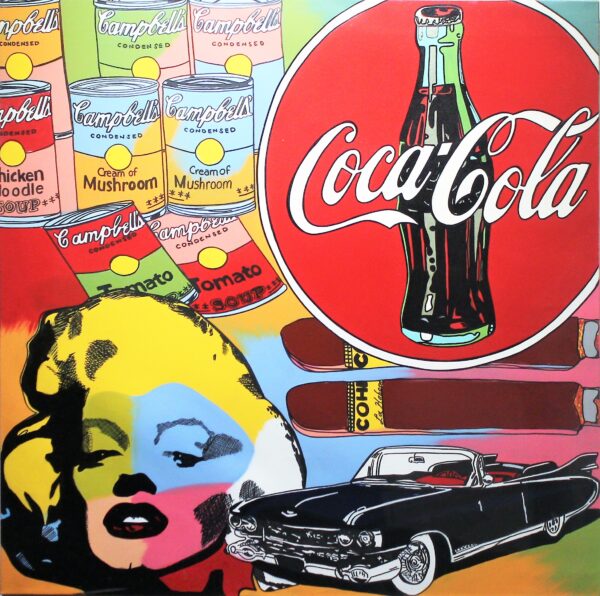 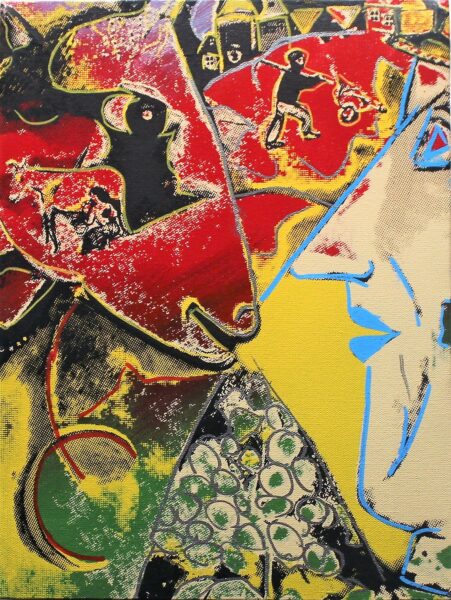 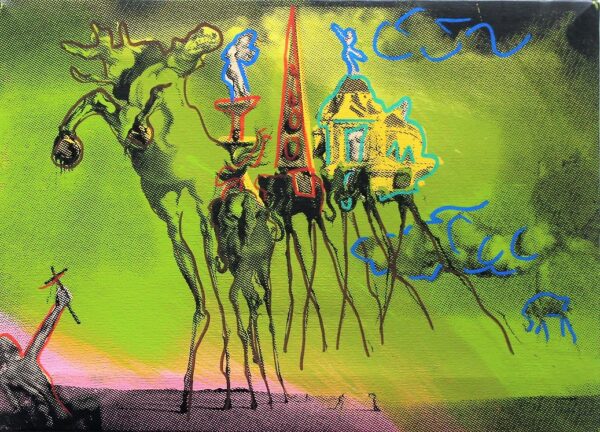 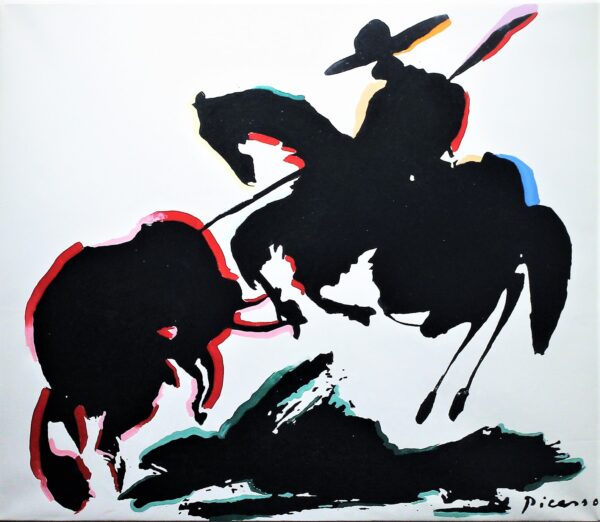 Homage to Picasso- The Picador 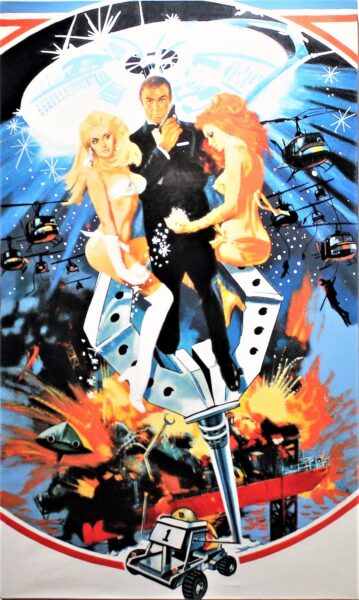 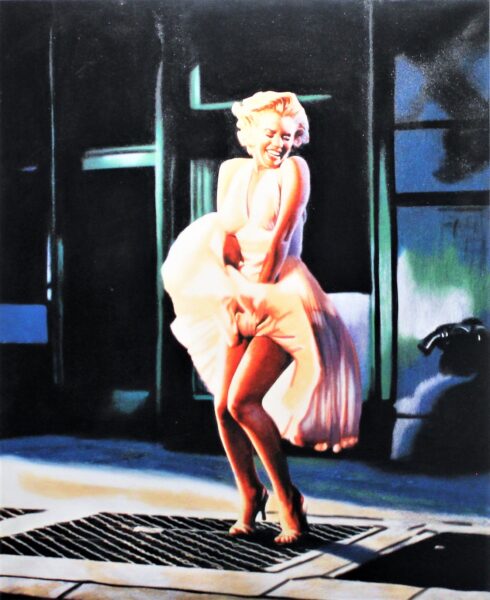 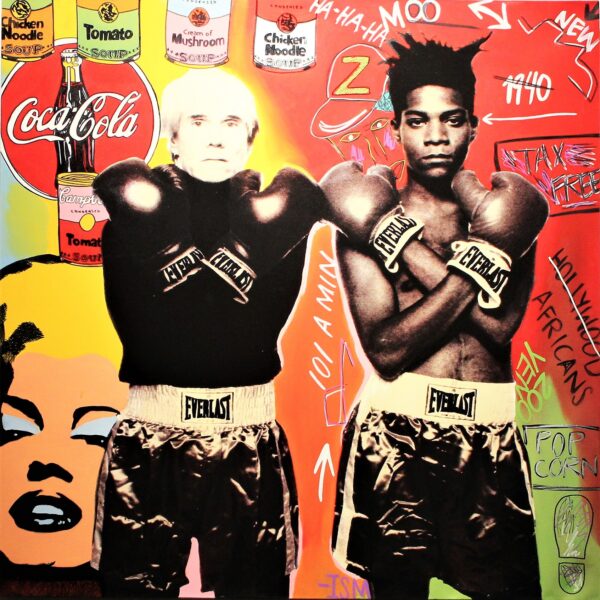