Jean-Baptiste-Camille Corot was a renowned French painter known for his brilliant landscapes. He worked in the romantic and realistic styles – a forerunner of the Impressionistic style. Corot was born in Paris on July 16, 1796, the son of a clothier, who reluctantly allowed him to study painting. From 1828 until his death, Corot lived in Paris. During the warm months he traveled throughout Europe, painting small oil sketches that, like those of his friends in the Barbizon School of artists, are among the first French landscapes to be painted outdoors. Careful structure and the sense of natural light mark the sketches. He worked during winter months in his studio, producing large salon pieces with biblical or historical subjects. By 1845, after receiving critical acclaim, Corot began to sell his work. His landscapes thereafter become imaginary creations bathed in a filmy romantic atmosphere achieved by silvery tones and soft brushstrokes. Although he tended to repeat his success in this vein to meet popular demand, he also painted such outstanding works as The Belfry at Douai in his earlier classical style, he also painted a number of portraits and figure studies. He was generous to his friends and pupils with both time and money, earning the title père (“father”) Corot. He died in Paris on February 22, 1875. 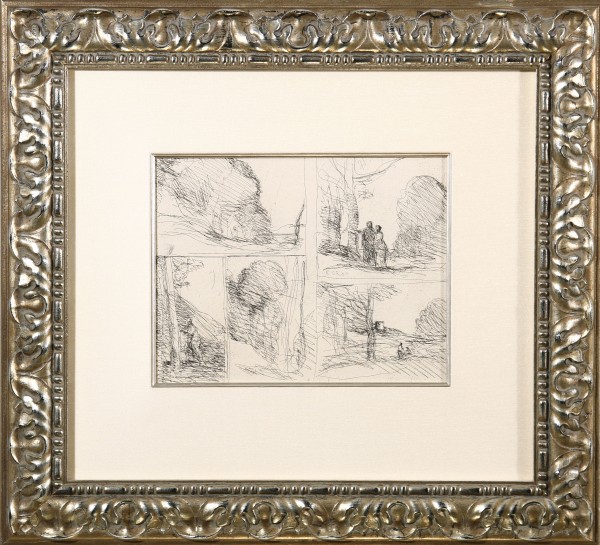